Action Alert: Please Sign the Under Tents Petition Demanding Housing Rights for the 400,000 People Still Homeless After the 2010 Earthquake

Over two years after an earthquake devastated Haiti’s capital, almost 400,000 people still live in displacement camps under shredded plastic tarps and tattered tents. Women and girls are particularly vulnerable to gender-based violence and face high rates of rape in the camps. Many lack access to adequate food, clean water, and toilets. Now, in yet another rainy season, all displaced persons face flooding and a surge in cholera. One in five is also at risk of imminent forced eviction. These are people fighting to hold onto hope.

Together with Haiti’s homeless, the Under Tents campaign is demanding housing rights. Please sign this urgent petition asking Haitian and U.S. officials to take action.

The earthquake destroyed or damaged 175,000 homes. Only 13,198 homes have been rebuilt, and only 4,747 new homes have been constructed. The Haitian Government still has no comprehensive plan to relocate the hundreds of thousands of people in camps into safe homes.

This is why we’re asking you to join Under Tents in demanding: 1) an end to all forced evictions until public or affordable housing is available; 2) designated land for housing; 3) the creation of a centralized government housing institution; and 4) funding to make this plan possible.

This petition accompanies a Creole petition being circulated in Haiti by Haitian grassroots organizations. An international outcry now can force the Haitian government to address the needs of Haiti’s homeless. 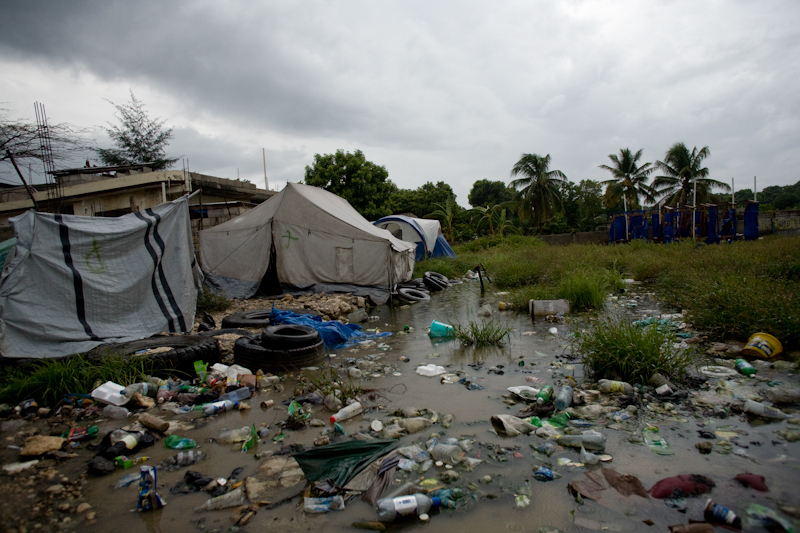 No Replies to "Action Alert: Please Sign the Under Tents Petition Demanding Housing Rights for the 400,000 People Still Homeless After the 2010 Earthquake"