A Day On The Poopmobile!

I’m Shannon, an anthropology major at Reed College and SOIL’s new Social Media and Outreach intern. I have the pleasure of residing above the SOIL office in Port-au-Prince for two months this summer and working with some pretty amazing colleagues on a daily basis. This past Friday I decided to head out with Clotes, the trusty driver of the beloved Poopmobile, and the guys on the drum team to get a feel for SOIL’s on-the-ground operations.

We made four site visits throughout the day, picking up full drums from both community and household toilets. We bumped along the Port-au-Prince roads as Clotes creatively maneuvering each “blokis,” or traffic jam, while simultaneously testing my Haitian Creole skills. 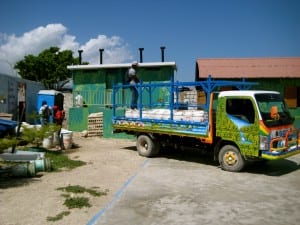 At one of the sites, Haiti Communitere, there was a delay, so I walked around the site and found an “earthship” made with thousands of plastic soda bottles and a strawbale house made with local materials such as crushed rubble from the earthquake in 2010- a widely available, often untapped resource. In exploring the site, it made sense to me that this small experimental community had an EcoSan composting toilet- like SOIL, they see “waste” as a potential resource!

After wandering around for a while, I tried to ask Gasper, Rocheteau, and Davidson of the SOIL drum team why we were still waiting. Due to my very basic level of Creole, I couldn’t understand what they were saying, and started to feel a bit frustrated. How was I going to understand SOIL’s sanitation operations if I couldn’t understand even the most basic details? But as I kept talking to the guys, we started making jokes and they even tried to speak a little English. Then suddenly, again for reasons I didn’t understand, we were ready to go to the next site. 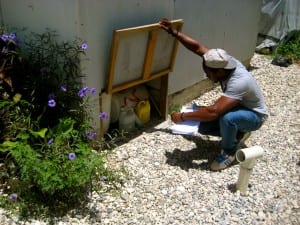 The lighthearted mood continued for the rest of the day as we collected a full truckload of drums and drove to the composting site to dump and clean the drums. I sat in the shade scribbling in my notebook and marveling at how hard they were working in the hot sun. While I was waiting I conversed with the staff that works at the composting site. When it was finally time to head home, even I felt exhausted, and I hadn’t done any of the work! 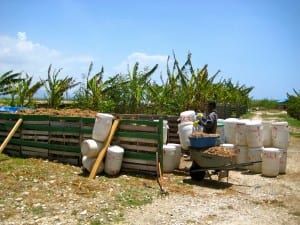 Dumping drums into the compost bin at Troutier

I started the day feeling like I had to soak up every little detail of the waste collection process. And while I did come away with a deeper understanding of the process, the more important result of my day on the Poopmobile was a gaining a greater sense of respect for the very hard work that the SOIL team does and getting a chance to warm up to the guys on the drum team and at the composting site. In my first week here, it’s been very clear to me that what sets SOIL apart from other working environments is the very warm, friendly relationships that are formed with both the local and international staff. Without fostering such strong connections, SOIL would not have been able to gain the local respect and legitimacy that has allowed the organization to expand its impact. 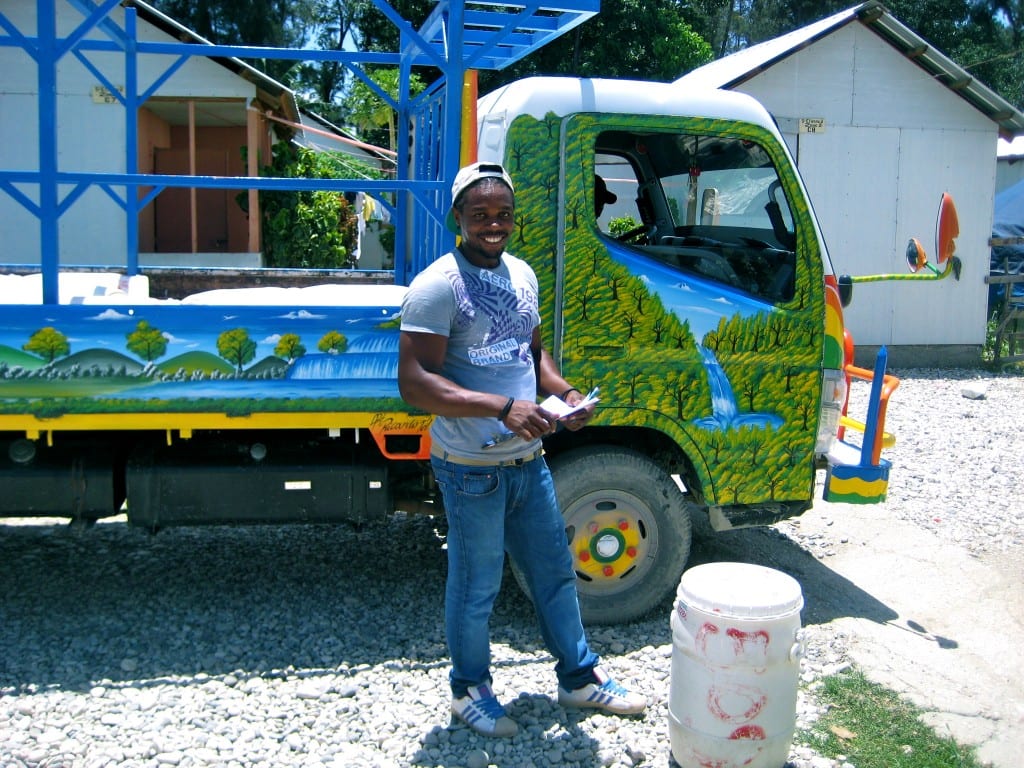 Happy times with the Poopmobile!

No Replies to "A Day On The Poopmobile!"