You may have seen some photos around our social media sites recently highlighting our urban household garden project, known as “Jaden Kay” in Haitian Creole. In this program, SOIL provides working examples, resources, and research to demonstrate how even people in the most dense neighborhoods can utilize locally made compost to create a garden, even if they only have space for a couple of buckets or tires. For less than 10 USD, families can start a garden that will produce an abundance of vegetables like spinach, tomatoes, and corn. SOIL helps gardeners to know the optimal amount of compost to use to get the highest yield.

SOIL has experimented with urban household gardens in the past, but it was really with the help of our agricultural internship program that the project was able to start expanding. Since May 2014, we have started four projects that are flourishing. Three of these are on the rooftops of families that use SOIL toilets in their homes. They were interested in using the compost that SOIL makes from the buckets taken from their toilets each week, and as a result, they are now truly experiencing the EcoSan cycle in its entirety—their “waste” becomes a resource that helps them to grow healthy food, which then again becomes “waste.” Nutrients aren’t lost, diseases and malnutrition are avoided, and people feel more empowered to spread the word about the powerful potential of urban gardening.

I sat down with SOIL’s Agricultural Research Coordinator Carina Theodore to learn her perspective on this exciting initiative. She said that her favorite part of the project is “the motivation that the families show when we install gardens in their houses. This makes me enthusiastic to work with them. Also, as we know today we’re facing the problem of food insecurity, so it’s satisfying for me to show people how they can cultivate vegetables in their own house without having to have a big space. They’re using the resources that they have available to them, and at the same time, valorizing Konpòs Lakay [SOIL’s brand of compost].”

Haiti was once provided Europe with over 65% of their tropical produce, but now, after decades of social and economic exploitation, topsoil is rapidly depleting and Haiti imports the majority of their food. After Haiti won its independence from colonizing states, the country was entrapped in debt to the tune of $27.1 billion (in todays currency) to France, and it took over 100 years to pay that debt off off. During this time, a small elite inherited the resources of the country while the majority experienced crippling poverty. In this sense, it’s not only an issue of food security, it’s an issue of food justice.

Given the scope of this crisis, Jaden Kay is just a small example of the kinds of initiatives that need to take place in greater numbers to have food security in Haiti. Luckily, there are energetic young Haitian agronomists such as Carina, Tidou, and our agricultural interns for example, who are taking critical steps to spread knowledge and restore agricultural systems. 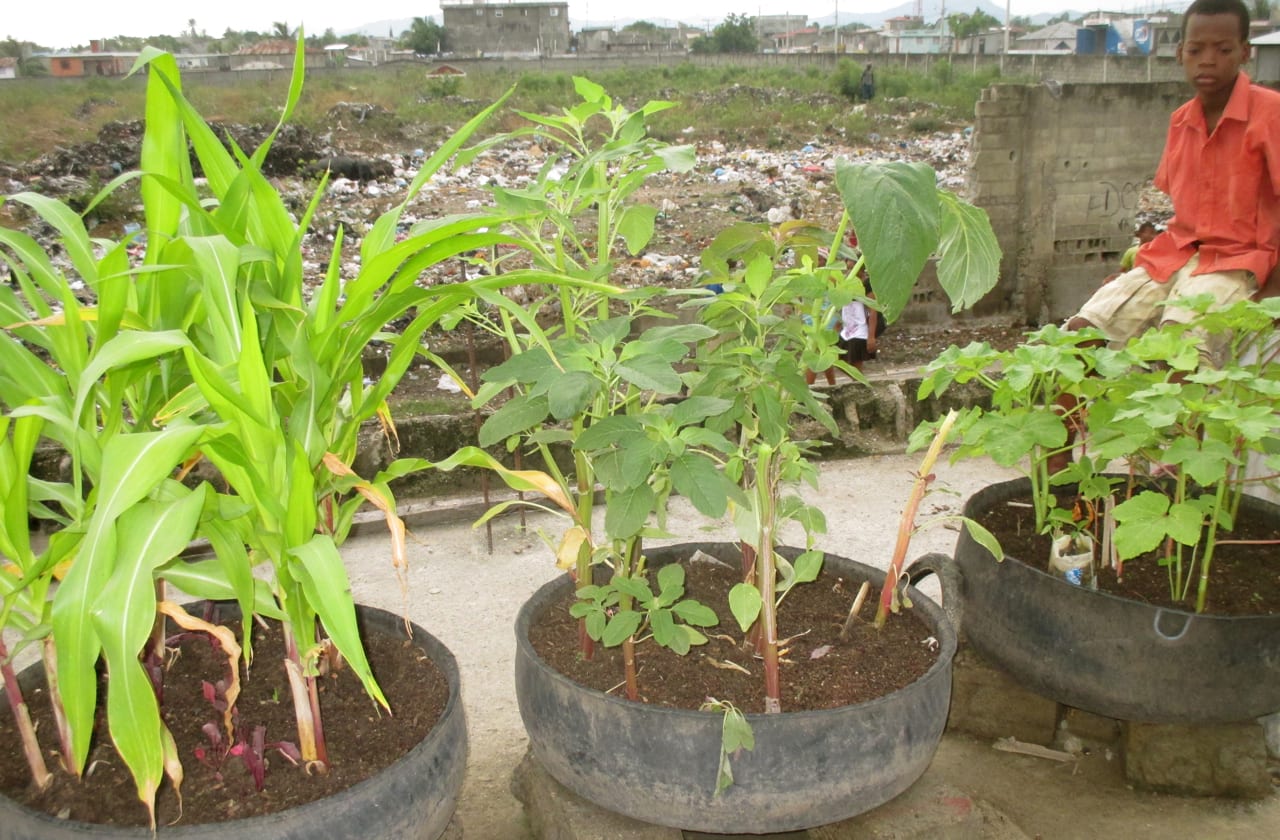