January 2014 Newsletter: Resilient as the Soil

This is a land

so vibrant and alive

that laugher will come bursting through

as imperious as the sun

and the spirit will survive

resilient as the soil.

Dennis Brutus, a visionary poet and courageous activist, was also a founding member of the SOIL advisory board. Dennis’ lifetime struggle for justice inspired SOIL’s philosophy of liberation ecology and I often look to his writings for guidance.  While reflecting on the 4th anniversary of Haiti’s earthquake, I remembered Dennis’ poem, Love; the Struggle. Although the words above were written for South Africa in 1978, this poem could just as easily have been written for Haiti in 2010.  A fierce defender of democracy in Haiti, Dennis passed away just weeks before the earthquake. Though he was spared the sadness of seeing a city so dear to his heart crumble, I am sure that he would have stood in solidarity with the people of Haiti. He would be pleased to know that his words continue to tell the story of struggle in other lands long after his body has been returned to his native soil. 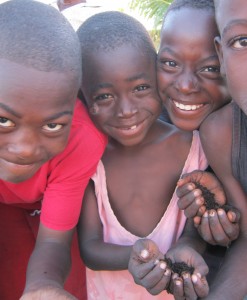 This is a land so vibrant and alive that even after months without rain, when Haiti’s capital is coated in dust, the air is lit with the brightness of children’s smiles. This is a country where neither earthquakes, nor floods, nor cholera can erase simple kindness and humanity runs thicker than the dirty canals, which threaten to wash it away.

Port-au-Prince is a city where, even in the darkest alleyway, laughter will come bursting through as imperious as the sun and, for a brief moment, a smile can slice through misery.


In this beautiful country wisdom is woven into proverbs. “Nou se wozo; menm si nou pliye, nou pa’p kase/ We are like reeds, though we may bend, we will never break.” Four years after the earthquake with over 100,000 people still living in tents where everyday survival involves unthinkable obstacles, the proud survivors have demonstrated that the spirit will survive.

Haitians have somehow found the courage to laugh through their sadness, transforming struggle into strength. This country and its people are as powerful and resilient as the soil.

Thank you to all the friends of SOIL who have been moved by the struggle in Haiti. We are so grateful to those of you who have continued to show your love and solidarity even when the news cameras have moved elsewhere.

** Help SOIL promote dignity, health and sustainable livelihoods through the transformation of wastes to resources, become a monthly donor today.

*** Thanks to Swati Guild for the beautiful photo of Madame Bwa (above). 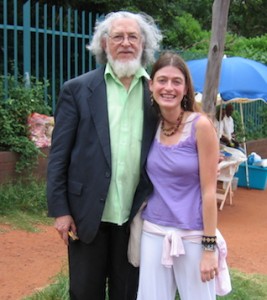 No Replies to "January 2014 Newsletter: Resilient as the Soil"