Jhony Michel, husband to Islande “Kokolo” Dieudonné and father of five, was a dedicated member of the SOIL team since July 2015, and a collaborator and friend for much longer.

After work on September 22nd, he strapped on his helmet, got on his motorcycle, and went to pick up his wife from the market. A van transporting passengers from Ouanaminthe to Cap-Haitien struck Jhony, and he passed away at the site of the accident.

SOIL’s human resources director Wisner Jean Louis remembers that “Jhony was one of the sweetest, most peaceful, and collaborative members of the team. We lost a brother and a colleague.” The people that worked day in and day out with Jhony at our Northern Haiti composting site shared the following tribute:

“It’s true, we’ve lost someone: a friend, a brother, and a great colleague. A man who was honest, wise, responsible, and serious. A person who loved his work. For us who survive Jhony, we feel that the best of us was taken by death- and we question why when death hits, it is the most precious among us that it takes. On the 15th of September, it took our team’s best friend. Monchè (my dear friend), we miss you very much and we will never be able to forget you. You will always be in our hearts. May your soul rest in peace.” 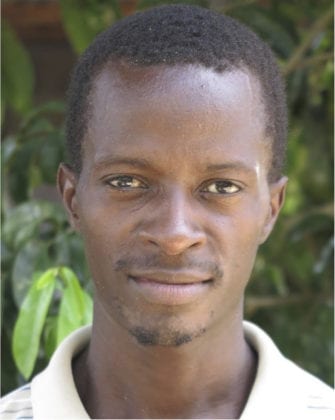 The SOIL team has been overcome with grief, especially after losing another member of the team, Wylio “Peterson” Jean Jacques, to a motorcycle accident in February 2017.

At Jhony’s funeral, four of these sanitation heroes stood by his casket in their bright green SOIL uniforms and work boots and brushed away tears from behind their sunglasses as they said goodbye. In a country where waste workers are often stigmatized, the gesture of wearing the SOIL work uniforms that they wear everyday while treating many tons of human waste, was one of great pride, dedication, solidarity, and integrity. The whole SOIL family is so proud of the compost team for the work that they do and we are inspired by their unrelenting dedication to sanitation in Haiti and to each other. Jhony shared part in this mission, and by wearing their work uniforms to his funeral, the team told Jhony that his work and spirit will never be forgotten.

Jhony will forever remain in our hearts, and SOIL is working with his wife to ensure that their family will be able to remain standing on two feet.

We ask all of our friends and supporters to think of our team at this time, and please feel free to offer any words of encouragement, especially to the Northern Haiti compost team, by writing in English or Creole to [email protected], and Shannon will pass on your messages.