As many of you know SOIL’s dear Executive Director Sasha Kramer loves animals.

Unfortunately, while attempting to wake up Uit the cow for a late night snack of a hot, salty potato, Sasha became tangled in Uit’s lead rope and was dragged across the field at the SOIL farm in Limonade.

Sasha has thankfully since recovered, but she may reconsider the timing for giving hot, salty potato snacks to cows.

We hope that you enjoy the reenactment photos below and remember to let sleeping cows lie. 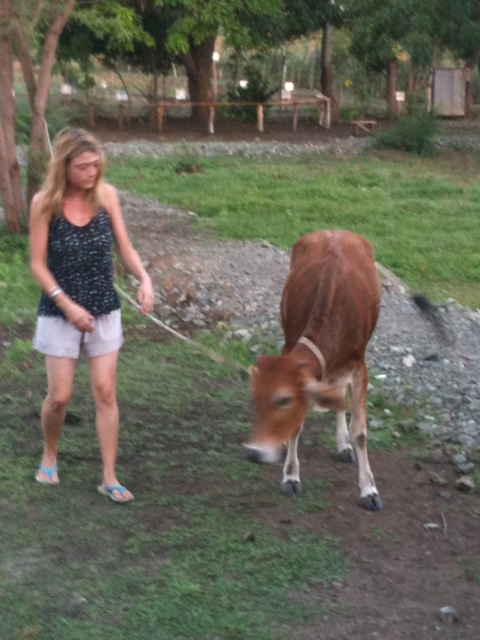 Sasha and Uit in better days 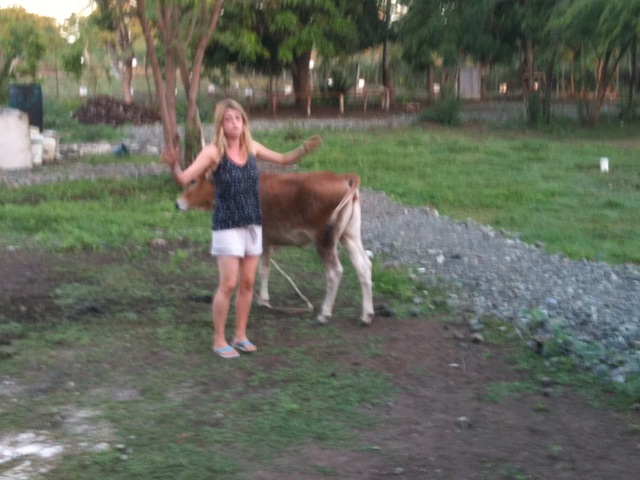 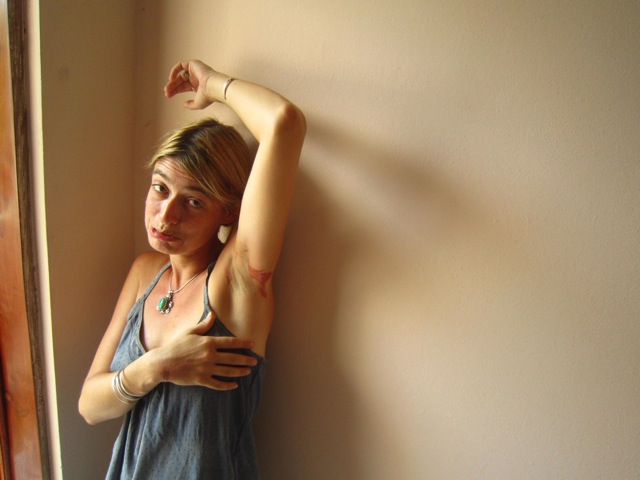 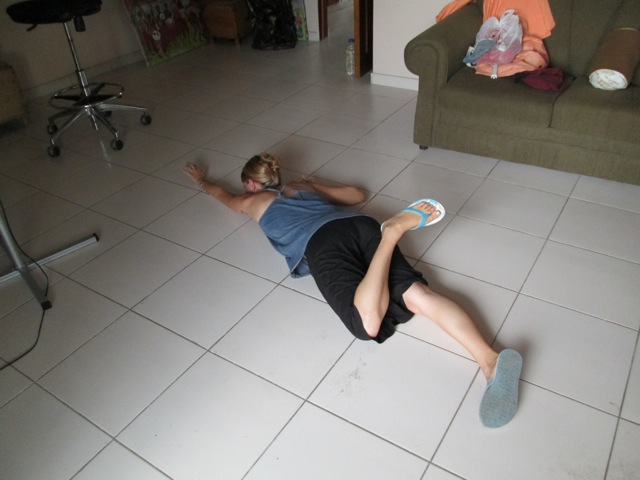