Positive News: Waste Not, Want Not: How Human Waste is Being Turned Into Help for Haiti

A project in the Caribbean country of Haiti, which continues to struggle with the aftermath of the 2010 earthquake, is turning toilet waste into a valuable resource

In the UK most of us flush the toilet without a second thought, but for the majority of Haitians, this access to sanitation is something they can only dream of. Just 10% of rural Haitians and less than a quarter of city dwellers have access to sanitation facilities. Those without are forced to throw away their waste however they can, carrying it to the nearest river, seashore or abandoned hut.

Sasha Kramer first noticed this issue when she visited Haiti as a human rights observer in 2004. While she was out volunteering, she couldn’t find a toilet.

“Not having access to a toilet when I needed one made me realise how important it is to your sense of dignity,” she says.

At the time, Kramer was studying ecology at graduate school in the US. Volunteering in Haiti was a side project, but gradually she began to connect the dots between her studies and her human rights observation work.

“I was trying to find a way to pull the two things together, and they came together through the realisation that the most prevalent human rights abuse in Haiti is poverty,” she says. “People didn’t have access to basic services like water or sanitation or food.”

Kramer’s background in ecology allowed her to see how toilet waste – and the nitrogen it contains – could be transformed into a valuable resource.

“Nitrogen was the first thing to come to mind, and I thought, we poop it out, it ends up in the ocean and makes people sick, and yet we need it on the land. So we need to find some way to close that loop.”

From this realisation, Kramer founded a new non-profit organisation called Sustainable Organic Integrated Livelihoods (SOIL) in 2006, with the aim of providing safe, clean and low-cost toilets across Haiti. 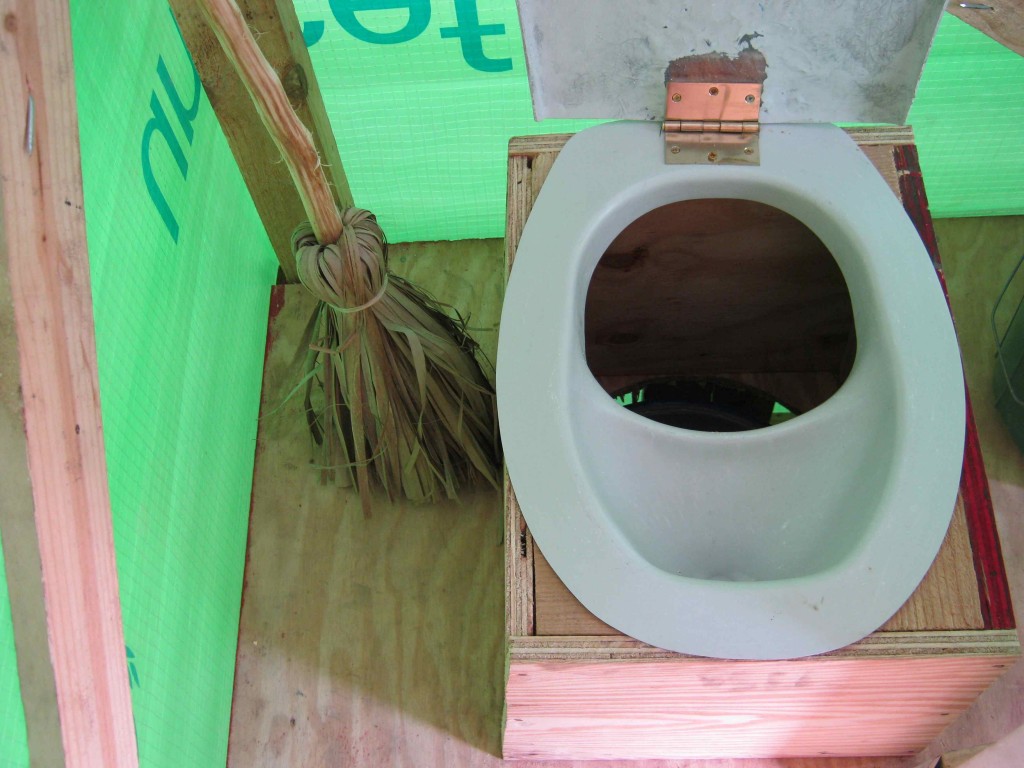 A compost toilet installed by SOIL

“Our mission is to transform wastes into resources,” she says. “We’ve primarily been doing that by taking human waste, which for most people is disgusting, and transforming it into something valuable. We turn it into soil, and then we use that rich compost to do agricultural and reforestation projects.”

SOIL now provides compost toilets to more than 24,000 people across Haiti, including over 14,000 people living in camps who were displaced by the 2010 earthquake in Port-au-Prince.

As well as fostering dignity and security through giving people access to a private toilet, SOIL’s work helps to prevent the spread of disease. Haiti is home to over half the world’s cases of cholera, a potentially fatal disease spread through faeces-infected water. Composting human waste prevents it from entering the water system, while the high temperature of compost kills off the cholera bacteria.

The organisation has also thought carefully about how it engages with local communities. Registered in the US, but with offices in Port-au-Prince and Cap-Haitien in Haiti, the majority of staff members there are Haitian nationals and the organisation aims to eventually play an educational role, turning sanitation into work that is primarily performed by small, local Haitian businesses.

Kramer believes SOIL’s work has a wider impact on how we all live, and our approach to nature.

“Every human has value, every molecule has value,” she says. “Nature has always recognised that. Nature recycles everything, finds a use for everything.”

And does she mind talking about human faeces all the time?

“I think for me it makes my work more fun. Like in school when you hear the word ‘poop’ and it makes you giggle. It’s something that we all share, and we all remember how it made us giggle when we were younger. I enjoy trying to break down some of those taboos around it, to understand it for what it is, which is a nice little packet of nutrients that’s just waiting to be treated and put back into the soil.”

No Replies to "Positive News: Waste Not, Want Not: How Human Waste is Being Turned Into Help for Haiti"