Starting on Tuesday morning, the SOIL Cap-Haitien office declared a state of emergency as heavy rains began to fall and it was clear that low-lying neighborhoods where we have public and household toilets would be flooded, as they were in 2012 and 2013.

Official news sources are stating that 12 lives have been taken by the recent floods on Hispaniola, and thousands more have been displaced. The water brings other problems too — it attracts mosquitos that carry diseases such as chikungunya, which has had a major outbreak in Haiti since April 2014. And without a sewage system, the flood also brings threats of waterborne disease like cholera, which has already killed over 9,000 Haitians since 2010, making it the worst cholera epidemic in recent history.

When our Regional Director Theo closed the office and announced that SOIL was in emergency mode, we initiated our emergency communications line and began checking on each of our staff members. Over 20 of their houses had flooded, and so we turned our old SOIL office in Cap-Haitien into a temporary relief shelter for about 20 employees and family members.

In the meantime, other staff were constantly checking in on the neighborhoods where we have public and household toilets. Our first priority was to make sure that our clients were safe and to get the waste out of the community. 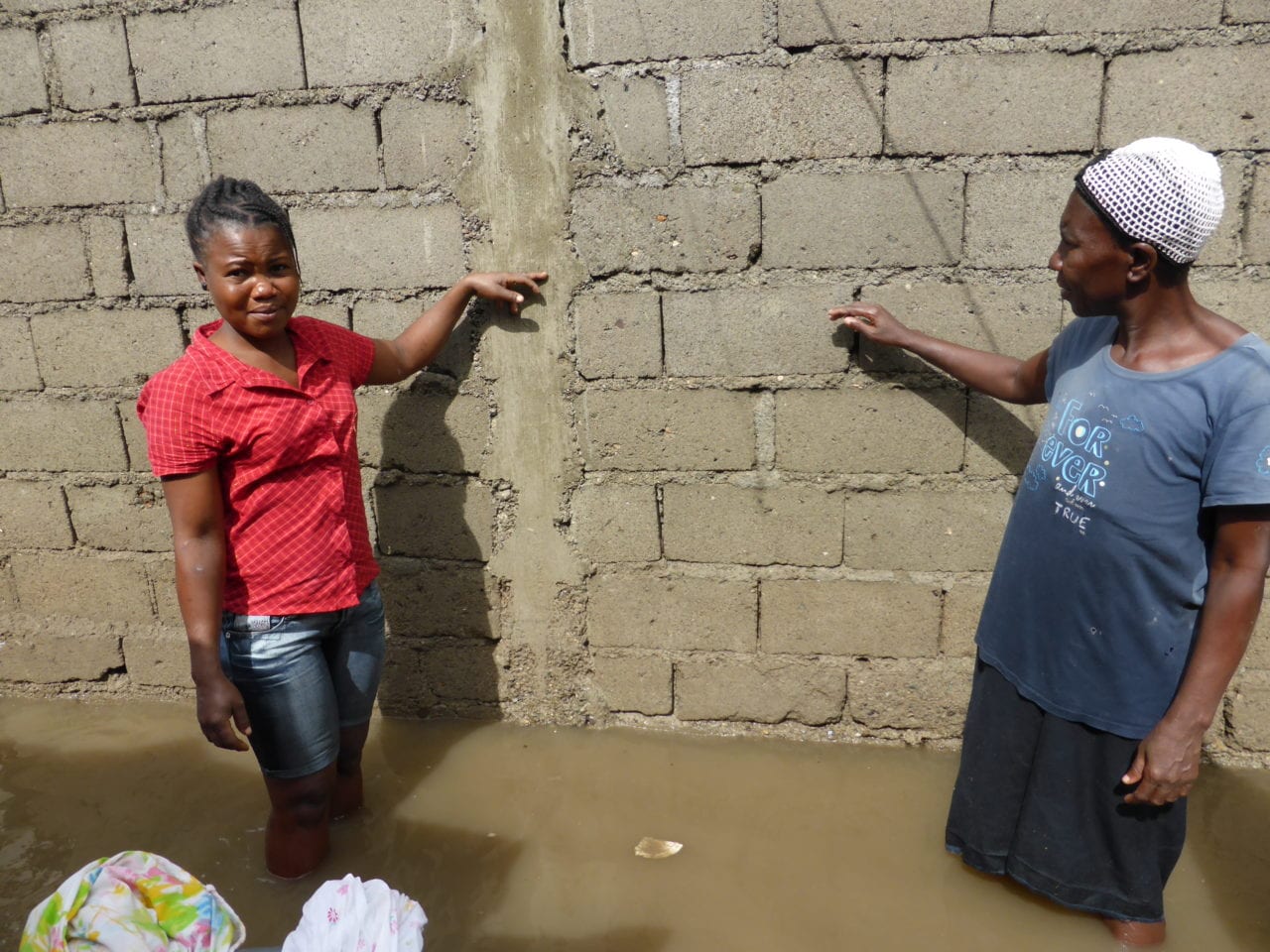 SOIL EkoLakay toilet users show where the water level was on Tuesday evening in Shada, Cap-Haitien

For those of you who follow our blog, you’ve heard about Shada, a low-lying unplanned neighborhood where SOIL’s social sanitation business has many clients and where we also have three public toilets. In this neighborhood, several tragic events caused our already exhausted staff to work even harder, but with much heavier hearts. The first event was the death of a three-year-old child whose parents were trying to get their children out of the house onto higher ground. The child fell off of the chair into the water in their home, and was found too late. She was one of two people that died in Shada.

Another tragedy in Shada is the spread of dangerous waste throughout the community. While many members of Shada use SOIL toilets, there are some that use latrines. Some members of the community had emptied their latrines into large sacks just days before the flooding, leaving the sacks next to the road. The strong currents spread this waste all throughout the community, posing a huge public health threat. This situation reinforced our commitment to increasing the number of SOIL toilet users in communities like Shada that are in flood zones, since with dry toilets we are able to close up the buckets and take them out of the area before they ever touch water.

We are grateful that the rain has stopped but we have a lot of cleanup work ahead of us. We are also so proud of our team, who worked together to coordinate this emergency relief effort, being on the ground when there were no other NGOs in sight, carrying people through contaminated waters, working through the night, and for doing this work with compassion and care. 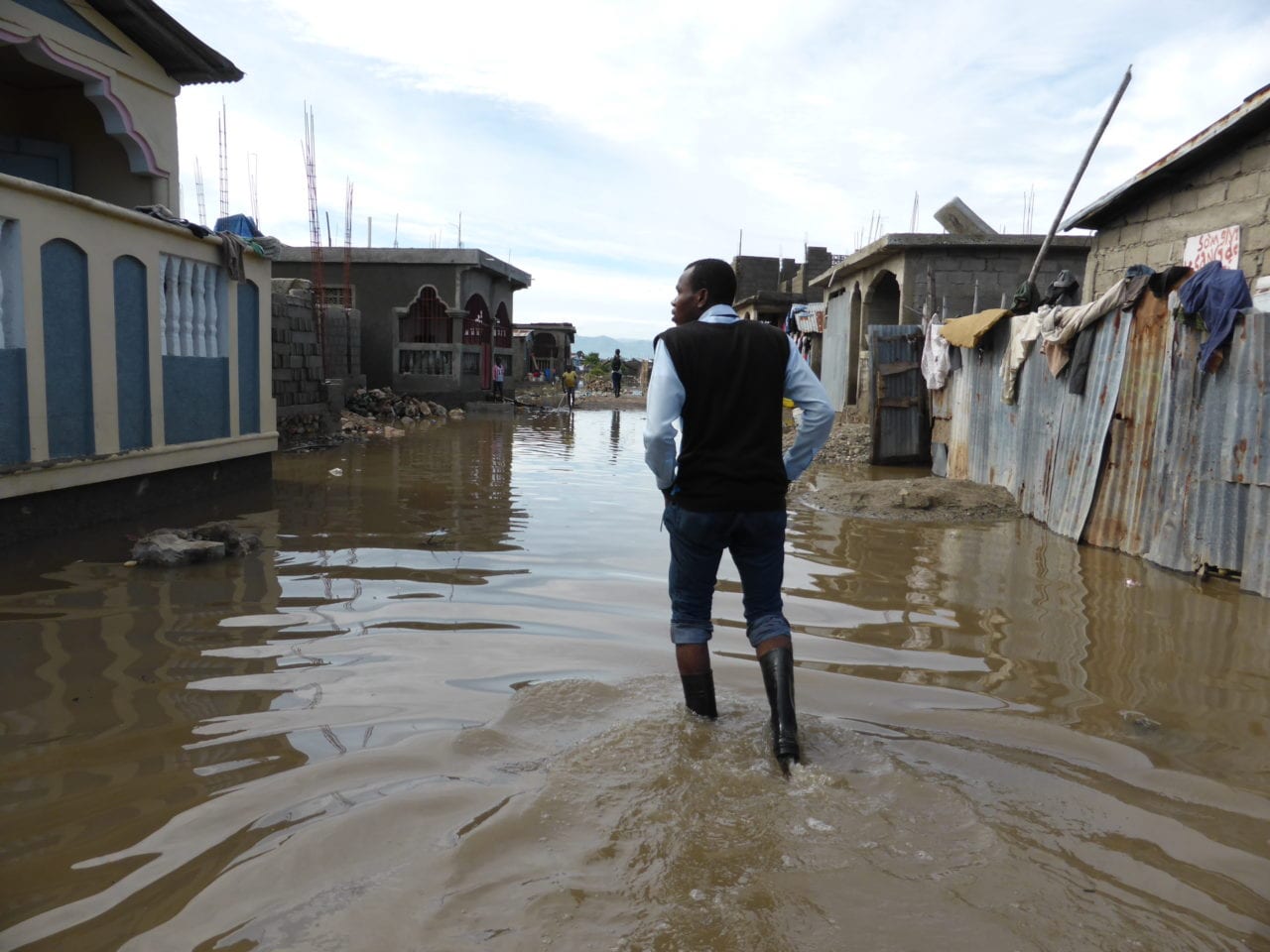 No Replies to "Responding to Severe Flooding in North Haiti"