October 15th was Global Handwashing Day, an international day of hygiene promotion to motivate and mobilize people to wash their hands with soap. SOIL celebrated by expanding a good idea into two-weeks of festivities in northern Haiti. Our campaign was dedicated to raising awareness of handwashing with soap as a key approach to disease prevention.

We kicked off the celebration on Global Handwashing Day in Cap-Haitien’s neighborhood of Shada, a densely populated, flood-prone area of the city which suffers from high diarrhea rates. Local schoolchildren from three schools took part in a parade through Shada and were then treated to a morning of skits, songs, and demos of good handwashing. Held in cooperation with DINEPA, Haiti’s national water and sanitation ministry and KOSS, a community-based organization also working in Shada, the day was a great kickoff for our hygiene campaign. 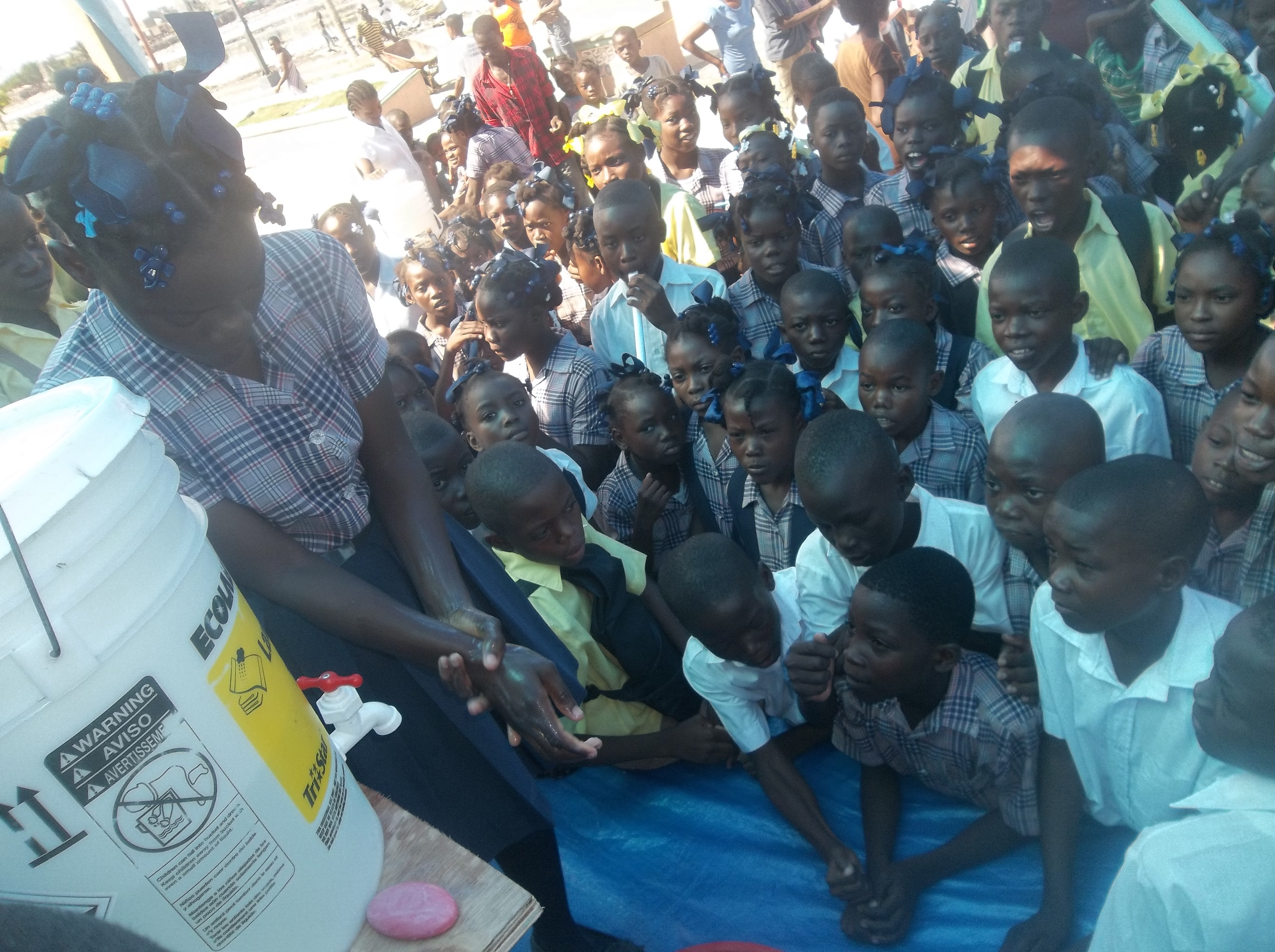 A handwashing demo in Shada, Cap-Haitien

Over the following weeks, former nurse and current SOIL Hygiene Promoter Algate Joseph, SOIL Sanitation Supervisor Erinold Frederic, and SOIL Administrator Merlande Charles, toured twelve schools in four other communities where SOIL works. It is estimated that over 1,000 children have been touched by SOIL’s message. 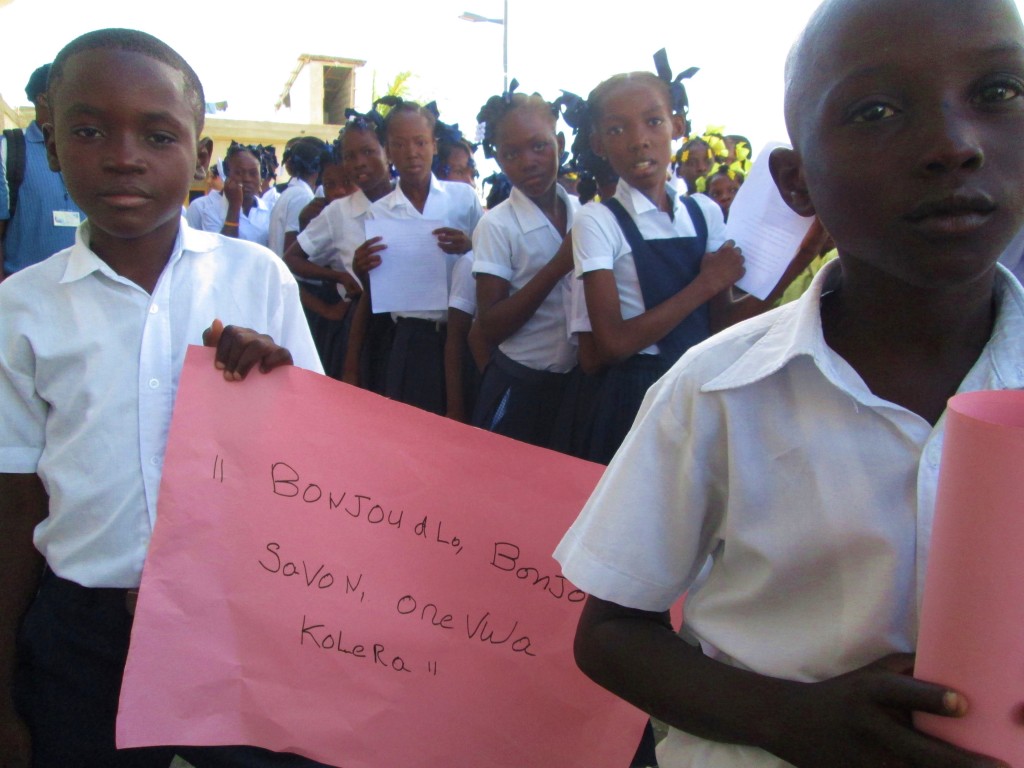 The kids have been enthusiastic, responsive, and fun.  Algate said it best, “These past weeks have been as enjoyable for us as for the kids – I can’t wait for next year!”

The first Global Handwashing Day took place on October 15, 2008, the date appointed by the UN General Assembly in accordance with year 2008 as the International Year of Sanitation. Hand washing with soap is the single most effective and inexpensive way to prevent diarrhea and acute respiratory infections (ARI), as automatic behavior performed in homes, schools, and communities worldwide. Turning hand washing with soap before eating and after using the toilet into an ingrained habit was projected to save more lives than any single vaccine or medical intervention, cutting deaths from diarrhea by almost half and deaths from acute respiratory infections by one-quarter. (http://globalhandwashing.org/ghw-day)