Waste is a Verb, Not a Noun

What is “waste”? Based on which values do we classify something as waste? Do we think certain things are gross or dirty because they are dangerous? The journalist Rose George recently wrote that even though worms are harmless, we are disgusted by them because they remind us of parasites, which are dangerous.

Or is the reaction of disgust all cultural, as some anthropologists would have it? The anthropologist Mary Douglas pointed out that context has a lot to do with how we view and classify objects. For example, full head of hair on a woman is considered beautiful, but finding a single strand of hair in your food can be enough to ruin your appetite. Douglas called this “matter out of place.” Another example is a pair of underwear- on the floor in the bedroom it’s not much to bat an eye at, but on the floor of the kitchen it’s disgusting.

While the origins of disgust may remain a debate, one thing is sure: people label things as “waste” depending on their perspective and context. For example, most of us probably consider empty plastic bottles as waste, but some take them as resources and integrate them in gardens to grow food. Or the ubiquitous styrofoam containers seen in Haiti- many visitors are shocked by the amount of discarded materials like these that line the streets. Other creative individuals have figured out how to take all of that styrofoam and transform it into a lightweight and sturdy building material.

Maybe you’re thinking, “but surely some things can be universally considered waste!” Such as the most taboo of substances, poop, for example? If you’ve been following SOIL for long, you know that we take poop and transform it into rich, organic, compost that crumbles through your hands and smells sweet like the earth in the countryside after a fresh rain. We invest in this transformation because we know how crucial it is that the nutrients in poop make their way back to the soil. 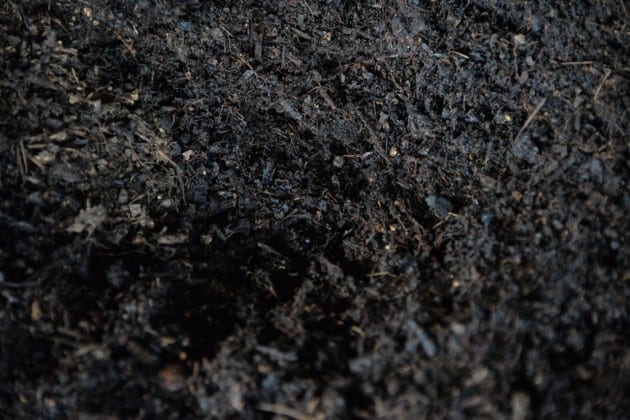 Waste is really not that helpful of a category when used as a noun because it gets used to justify wasteful behavior rather than innovative solutions. If we can just label something as “waste” then it naturally should go in the garbage can to be whisked away out there somewhere. What if we stopped thinking of some magical “out there” that absorbs all of our excess, and started thinking about closed-loop systems?

What if we start thinking of waste as a verb, not a noun? We all know that we waste things. We might feel a little better by recycling that plastic bottle, but we know that recycling is energy-intensive and not exactly “saving the environment.” We forget to turn the lights off and waste electricity. We take long showers and waste water. And when we aren’t thinking ecologically, we waste materials that could otherwise be resources, like food scraps that could be made into great compost.

That’s why we’re using the hashtag #WasteIsAVerb during the remainder of March to share examples of transformation, regeneration, recycling, up-cycling, composting, reusing, and creative thinking.