For over a decade, SOIL has been designing and implementing affordable, safe, and restorative ecological sanitation solutions. Read our story:

Sasha Kramer and Sarah Brownell co-found SOIL. They build the first composting toilet in Haiti, in the northern town of Milot.

On January 12th, Haiti is rocked by a 7.0-magnitude earthquake. A team from SOIL travels to Port-au-Prince to help with the emergency relief effort.

SOIL celebrates the first sale of EcoSan compost in Haiti. SOIL’s first customer, the Parc Izmery Camp Committee, purchases compost (that they helped to produce in their emergency toilets!) to transform the park from a tent camp back into a soccer field.

SOIL publishes The SOIL Guide to EcoSan to help people around the world replicate SOIL’s successes.

SOIL launches a household toilet social business pilot to create a sustainable model for providing sanitation services in the world’s most impoverished communities.

SOIL wins first prize in the Land for Life Award, using the award to expand our experimental farm and research center in northern Haiti.

SOIL makes a historic sale of EcoSan compost to Brana, the Haitian Heineken subsidiary, which plans to distribute the compost to local growers.

SOIL Executive Director Sasha Kramer is named a Schwab Social Entrepreneur of the Year for SOIL’s groundbreaking work to develop a sustainable sanitation model in Haiti.

SOIL sells out of compost!

SOIL responds directly to the devastation caused by Hurricane Matthew.

Customer satisfaction survey shows that over 90% of EkoLakay users report the sanitation services is affordable and has improved the health and safety of their families.

SOIL is selected as a finalist for the ReSource Award.

SOIL builds a depot to streamline operations in northern Haiti.

In recognition of our impactful environmental and economic regeneration work, SOIL wins the 2018 Lush Spring Prize.

SOIL hits a new milestone, treating over 100,000 containers of waste throughout the fiscal year.

The UN’s Momentum for Change award is given to SOIL, honoring the groundbreaking climate solution that we’re developing in Haiti. 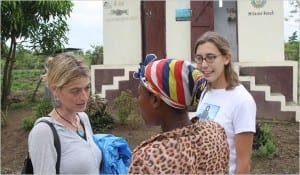 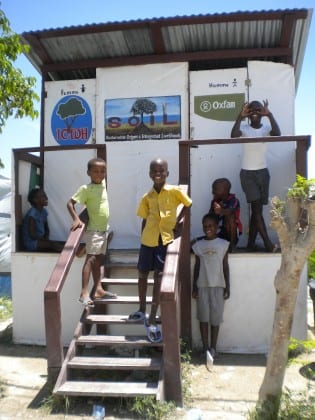 Children in the Nazon community of Port-au-Prince on the steps of a SOIL emergency toilet. 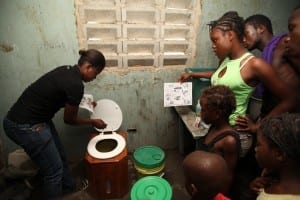 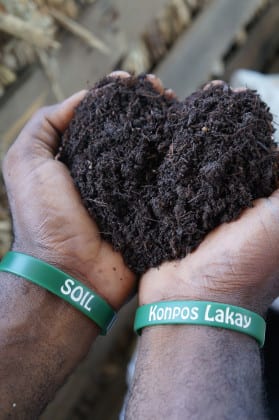 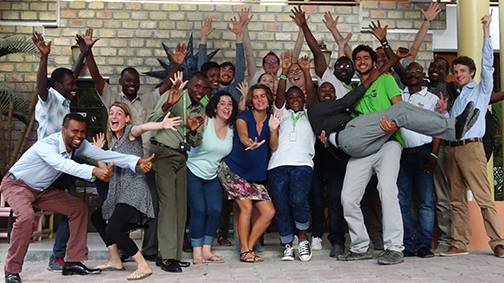 SOIL’s growing staff is united by a passion for promoting dignity, health, and sustainable development in Haiti. 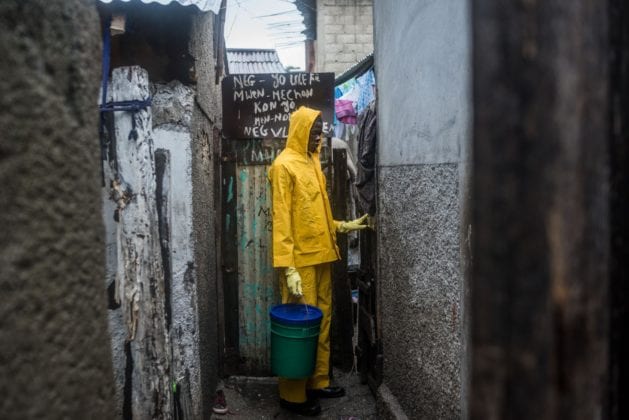 SOIL’s container-based toilets were intentionally designed to be resilient to droughts and flooding. 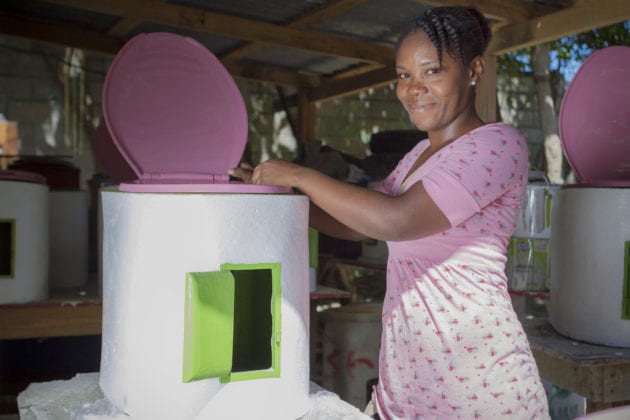 SOIL’s full-cycle sanitation service is one few global interventions that complies with the updated SDG for sanitation. 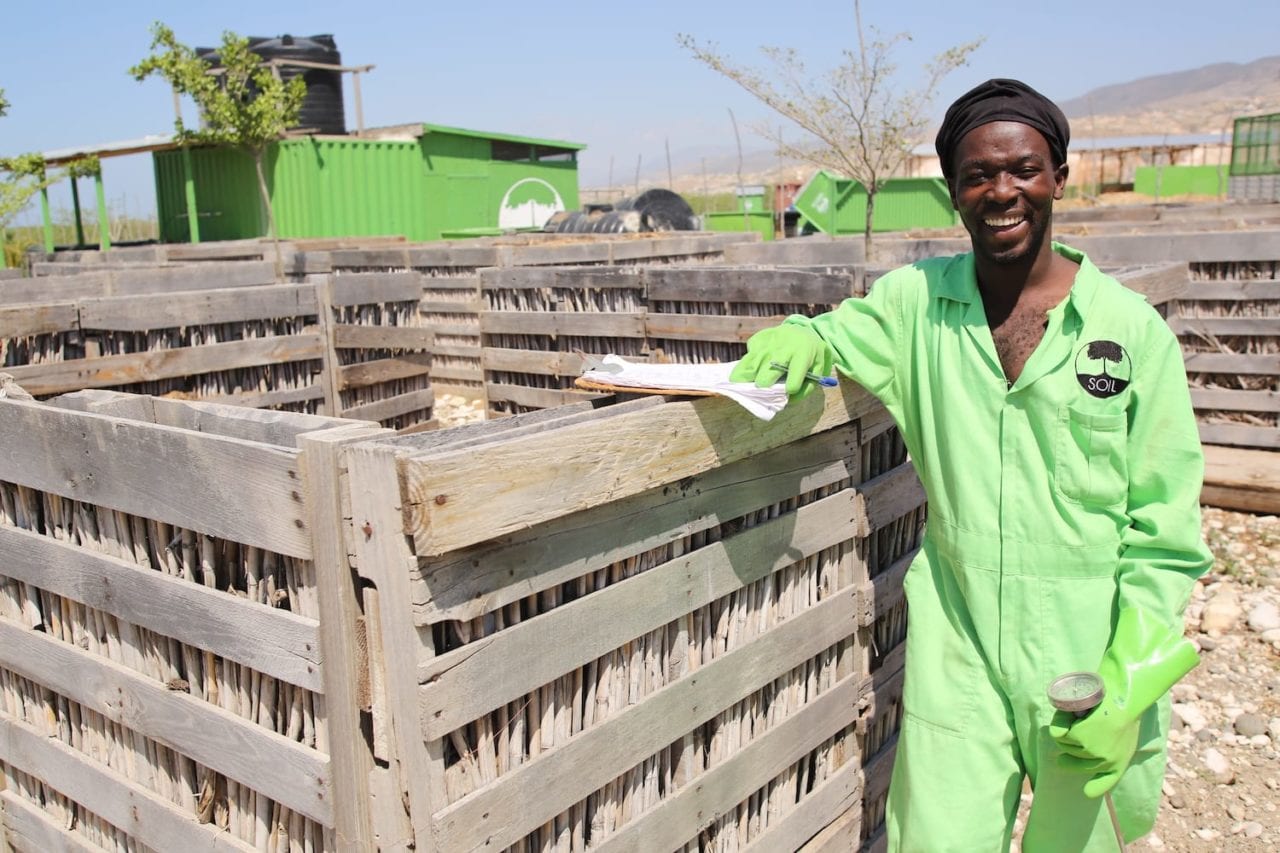 By treating 100% of waste from SOIL’s household toilets, we’re reducing the spread of diseases like cholera and typhoid.

More than three million people in Haiti lack access to improved sanitation. Follow along as we work to change this story.