SOIL is proud to partner with change-makers from around the globe that are committed to ensuring equitable access to basic human rights. We’re thankful to have this incredible group supporting SOIL. 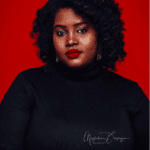 Angie Bell, a self-motivated, high energy, and result oriented individual with a solid record of success in talent management, public relation, and event planning. Angie is a marketing specialist and a cultural consultant with a degree in International Business and Marketing.

She is the founder of PouBèlAyiti, an artistic environmental movement aimed to keep the streets of Haiti clean. Created to combat deforestation, promote a clean lifestyle and nurture the environment. This project is also used as an educational tool to bring more awareness and action towards climate change. As she continues to focus on environmental change and waste management, she is a founding partner at BIEN Nettoyer, a waste management company based in Cap-Haitien led by two young female entrepreneurs. 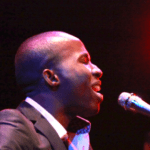 BélO has been hailed as Haiti’s musical ambassador to the world. A socially conscious singer-songwriter with a sophisticated sound,  BélO  has won numerous awards, including the prestigious “Prix Radio France International Discoveries of 2006,” With six albums already under his belt sung in his rich and colorful native language, Haitian Creole, BélO has established himself both internationally and in Haiti as an influential artist committed to social and environmental justice. After the January 2010 earthquake in Haiti, BélO ‘s primary focus was to create awareness for his country at various performances around the world. BélO has performed in Germany, Rome, Romania, France, South Korea, London, Canada and the U.S. In addition to his artistic career, BélO, supports a wide range of social initiatives in Haiti focused on the education of children, respect for women, social solidarity and environmental protection, and peace. 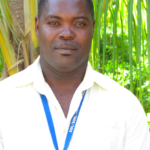 Baudeler was one of the co-founders of SOIL in 2006 and has guided the organization since its inception. Born and raised in Milot, Baudeler is a dynamic and effective community leader and was a local government official before his thirtieth birthday. Along with the other co-founders, Baudeler was among SOIL’s first employee cohort and held leadership positions in the organization ranging from from Sanitation Director, to Regional Director, to Emergency Response Consultant. During Baudeler’s time at SOIL he represented the organization at government events, prize receptions (Malaysia) and global consulting partnerships (Benin and Burkina Faso). Although Baudeler is no longer working as a SOIL staff member, he continues to consult on a variety of issues related to the Haiti context and SOIL’s emergency response activities, most recently leading SOIL’s response to the earthquake in southern Haiti. 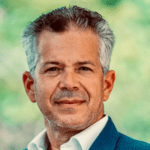 Bryan Gonzales is the Human Resource Director for Digicel, Haiti’s largest telecommunications company. With a background in, General Operations, Supply Chain Management, Human Resources, Risk Management & Business Continuity, and a founding member of several startups, Bryan has spent the past 20 years working with industries to; recognize and promote a culture of openness, innovation, and quality, while maintaining the focus on people. Bryan has also served as a mentor thought various programs such as the Digicel Women in Leadership series (a Pan-Caribbean initiative) and to the board of The Hillel Academy Technology Advisory Committee. He is currently the Vice-President of The American Chamber of Commerce-Haiti (AMCHAM), and has held previous roles with; The Association of Haitian Industries (ADIH) and the Alliance for Risk Management and Business Continuity (AGERCA). Over the years his passion for learning, has translated into a deep appreciation of multidisciplinary collaborative efforts while recognizing the cultural nuances that make us each unique and ensuring that we maintain, at the center of everything we do, our humanity. 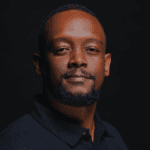 Carel Pedre is a Haitian radio and TV personality, journalist, director, producer, and philanthropist. As the host of Radio One’s Chokarella, Haiti’s number one morning show, and the TV Shows “Kiyès Ki Towo A” and “Digicel Stars” Haiti’s premier talent search, Pedre has established himself as a key figure in Haiti’s entertainment industry. When the devastating earthquake hit Haiti on January 12, 2010, the island was completely cut off from the rest of the world. Pedre was instrumental in informing news outlets around the world of Haiti’s dire situation.  As a result, Pedre became Haiti’s de facto international media correspondent during the immediate post-disaster efforts, and was dubbed by French media as “The Eye of Haiti,” and “The Host with the Big Heart.” For his exceptional coverage of the post-disaster efforts, he was awarded the Humanitarian Shorty Award in 2012. Carel Pedre has continued his humanitarian efforts through the Sunday Project, a small grassroots food distribution program he started with close friends, which distributes food to children in Cité Soleil, one of Haiti’s most disadvantaged cities. In addition Pedre supports a wide range of development initiatives throughout the country by highlighting their initiatives to a broad audience and serving as an advisor. Pedre visited SOIL’s compost site in 2021 and produced this stunning video, showcasing SOIL’s process to a Kreyol speaking audience. 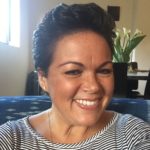 Elizabeth is currently the Director of the University of Global Health Equity-Haiti. She began her overseas work in the United States Peace Corps as a water and sanitation volunteer in a small community located in the Saharan desert of Morocco. Since Elizabeth joined Zanmi Lasante/Partners in Health in the summer of 2013, she has supported the ZL/PIH executive leadership in strengthening of health systems, program development, research, and fundraising.

Elizabeth’s role as a liaison for PIH Haiti with USAID, CDC, World Bank, UNICEF, and the Ministry of Health has been instrumental in the growing of partnerships with ZL/PIH.

She received her first MSc from the London School of Hygiene and Tropical Medicine, specializing in Public Health in Developing Economies in 2007. In May of 2020, Elizabeth completed her second master’s degree, this time focused on Global Health and Social Medicine from Harvard Medical School. Her thesis focused on C-section wound care in rural Haiti.

Besides English, Elizabeth speaks Spanish and French fluently and enjoys practicing Arabic when she has the opportunity. She has honed her skills over 20+ years by working in numerous developing nations including Morocco, Jordan, Iraq, Sudan, Afghanistan, Pakistan, Liberia, Sierra Leone, Guinea, Kenya, The Democratic Republic of Congo, Laos, Thailand, and Haiti. 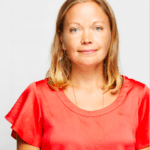 Ellie Happel is an attorney with the Global Justice Clinic at NYU School of Law, where she co-directs the Clinic’s work on human rights and climate justice in Haiti. Ellie also co-teaches the Global Justice Clinic seminar. Ellie lived in Haiti from the fall of 2011 through 2017, first working to defend people facing forced eviction in the internally displaced people (IDP) camps of post-earthquake Port-au-Prince, and then–and still–in solidarity with social movement organizations opposed to gold mining in Haiti. Since becoming based at NYU Law in 2017, Ellie has authored a report arguing for an extension of Temporary Protected Status for Haiti and served as an expert witness in the Saget v. Trump case in the Eastern District of New York.  Ellie is a 2011 graduate of NYU School of Law where she was a Root Tilden Kern Scholar. 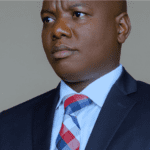 Born and raised in Saint Marc, Haiti, Harry Luc is the president of Handzup Group, a company that promotes socially-engaged artists. At the age of fifteen, he moved to Pétionville with his family. He studied economics at the Institut des Hautes Etudes Commerciales et Economiques (1999-2003) and was a credit manager at Sogebank (local bank in Haiti from 2003 to 2008). He has always been passionate about music, the arts and philanthropic activities. Fluent in English, French and Haitian Creole, Harry is an influential figure in Haiti’s arts and culture sector. Over the past 15 years Harry has supported artists in Haiti to engage socially, co-hosting several radio shows, and supporting the work of a wide range of organizations, from programs at the Cabaret women’s prison to organizations for the defense of underprivileged children. His passion is to highlight the beauty of Haiti through the arts, volunteering and social action. 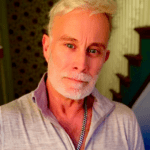 James is an internationally recognized documentary filmmaker currently working as a Senior Lead Editor for National Geographic and Disney+. In addition to a BA in Social Work and a Masters Degree in Communication James also has a long history of direct action community development. James has worked with Mitch Snyder and The Citizens for Creative Non Violence; The Four Bands Community Development on The Cheyenne River Sioux Tribe; The Hispanic Heritage foundation, and was the founder and president of Vwa Ayiti from 2006-2017. Vwa Ayiti was a non-profit NGO in Haiti focusing on sanitation and water purification. James’ filmmaking has taken him around the world allowing him to collaborate with diverse people and cultures, often highlights the story of disenfranchised communities. James brings both a knowledge of media and Haiti to help in aiding SOIL’s mission. 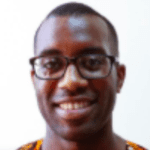 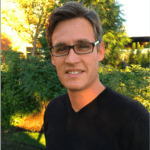 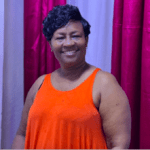 Rea Dol is an educator and community mobilizer from Jeremie who has lived and worked in Port-au-Prince for over 30 years. Rea is married to Jean Jacques Bataille and has 3 biological children and 13 adopted children. She is the founder of the SOPUDEP school in Morne Lazare, the Director of CESAH (Centre du Savoir Academique d’Haiti) in Delmas 83. In addition to managing both educational institutions, Rea is the director and founder of an orphanage called SOPU-ORPANAGE. Rea also makes time to work closely with women’s groups, visitors to Haiti and social change organizations to advocate for development initiatives. Rea has been a close collaborator of SOIL since 2006, helping to guide the organization through the early stages of development and co-leading several emergency interventions since that time including SOIL’s 2010 earthquake response in Port au Prince, the 2016 hurricane Matthew response and the 2020 earthquake response in the south of the country.