The SOIL Board of Directors gathered in Port-au-Prince for its first meeting in Haiti in March 2016.

Jessica has a PhD from the University of Miami with a focus on Haitian non-profits. Her academic background focused on international politics and her professional experience is with small, growing organizations in need of operational support. She is working on the practical side of non-profit management through her work with Project Medishare and SOIL. Jessica is a consultant who focuses on business operations, growth and scaling. She has been working in Haiti since 2009.

Bob McLaughlin is a business and financial professional with over 60 years of experience in accounting, taxes and business consulting. He had his own CPA firm in Rockford IL. He is now semi-retired after his son took over the practice. Prior to owning his own practice, he worked with the firm of BDO Seidman from 1961 to 1980 and was named a partner in 1973. Bob holds an undergraduate degree and an MBA from the University of Detroit. He is a licensed CPA and a member of the American Institute of CPAs and the Illinois CPA Society.  He has been actively involved in various charitable, community and professional organizations including his Church, the Society of St. Vincent de Paul, and volunteering in the Pastoral Care Department at one of the major hospitals in Rockford. In addition to serving on the SOIL board, he is currently on the Boards of Family Counseling Services of Northern Illinois and Hope for the Haitians Inc. He has been active in many other Rockford organizations serving the poor, the homeless, the youth and the mentally ill. He is an active member in the local Kiwanis Club. Bob was married in 1961 to his wife Mary Lou. They have 5 children and 12 grandchildren. 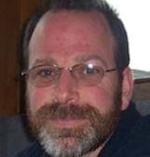 Ken is currently Director of Partnerships in Practice – a UK-based consultancy that focuses on ensuring that global to local partnership approaches are fit-for-purpose. Partnerships in Practice builds on the work of the World Bank-supported global multi- stakeholder initiative that Ken directed called Building Partnerships for Development (BPD). BPD sought to strengthen institutional arrangements that deliver water and sanitation and other public services in poor communities. Much of this work has been around framing stakeholder incentives and understanding risks and how related aspects of political economy (like land tenure, perceptions of public accountability and stakeholder engagement, culture, etc.) influence both the stewardship of natural resources and the delivery of public services. Ken has worked with major donor/corporate partnerships, global and national public/private/civil society partnerships, and local service provider/citizen partnerships. He has worked with a diverse range of projects and partnerships in developing and emerging economies as a strategic advisor, facilitator, and reviewer and evaluator.  Ken is an adjunct faculty member on a post-graduate certificate course at the University of Cambridge on business and sustainability and serves on the Board of Governors of a local primary and a secondary school.

Clare is currently the Enablement Manager for EY’s flagship global corporate responsibility program EY Ripples, extending EY’s professional services to the next generation workforce, to organisations accelerating environmental sustainability and to impact investors and entrepreneurs making it their business to tackle the causes and symptoms of inequality. In addition to managing stakeholder relations and operations of the program, she has also been responsible for the successful delivery of consulting engagements with a range of water and sanitation businesses. It is through this program that Clare first crossed paths with SOIL and has remained closely connected both with the mission and the team ever since. Clare is a chartered accountant by trade and has over 8 years of professional services experience having previously worked in EY’s Business Tax Services serving a broad range of domestic and multinational clients on UK corporate and international tax matters in an advisory and compliance capacity.

Ingrid Henrys has a Master’s degree in International Agro-Development Engineering and a Master’s degree in Tropical Area Biodiversity and Conservation. She also took a Permaculture Design course in California and is now doing a Diploma in Applied Permaculture Design with the International Permaculture University of Argentina. She was the head of the national sanitation department in Haiti for over 2 years, before having experience with international NGOs. She has also been the Scientific and Technical Coordinator of the Macaya National Natural Park between 2014 and 2017 and is now the Program Director for the Society Audubon Haïti that manages the Grand Bois National Natural Park.

Nick has served as SOIL’s Operations Director from 2010-2013 and SOIL’s Director of Strategy since 2015. Fluent in Haitian Creole from his multiple years of experience working with an organization for street children in Cap-Haïtien, Nick was instrumental in coordinating SOIL’s emergency response to the 2010 earthquake in Haiti. Nick has a Masters of Public Health from Tufts University and has worked in Haiti, Sierra Leone, Ghana, and the United States. Nick leads SOIL’s strategy discussions, manages the international consulting program, and has been a lead or contributing author on many SOIL publications. 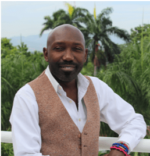 Johnny Celestin is a current faculty member at the Studley Graduate Program in International Affairs program.  He was recently the Executive Director of the Future Leaders Foundation (FLF) and was also the Executive Director of the Centre Haïtien du Leadership et de l’Excellence (CLE), a Haitian foundation whose vision is to identify, shape, and connect Haitian leaders to enable them to build a stronger and more equitable Haiti.

Before Joining CLE, Johnny was the deputy chief of staff for Haiti’s Minister of Planning where he oversaw various special projects.  He brings extensive leadership and international experience in administration, program management, change management, governance, leadership development and community development.  He brings over 30 years of experience from the private, public and philanthropic sectors, including Accenture, LLP, The Robin Hood Foundation and The Clinton Foundation, among others.

Johnny is also an entrepreneur and has founded a number of businesses and organizations, including: The Black Pearl Café in Harlem, 420Lenox LLC in Harlem, the Haiti Innovation Fund at Rockefeller Philanthropy Advisors, the Center for Innovation and Management in Haiti and Black Pearl Innovation S.A. in Haiti.

Johnny is a New School University graduate with a Master’s degree in International Relations and a Bachelor of Science degree in Business Administration from Iona College. He has also received various certifications in Organizational Performance from Accenture, Leadership and Teamwork from MIT, New Communities Movement (Saemaul Undong) from Yeungnam University and Community Development from Coady International Institute.

Johnny is a change maker, bridge builder and an engaged citizen who is passionate about social change and most importantly about social justice.  He serves on numerous boards, including CLE (Centre Haïtien du Leadership et de l’Excellence), SOIL (Sustainable Organic Integrated Livelihoods) and the advisory board for New School University’s Graduate Program of International Affairs (GPIA).  He is the co-host of Le Mo-Jo show, a weekly live show whose mission is to inform and engage the Haitian community in the diaspora.

Johnny is married to Leila and is the proud father of Jenna Emily. 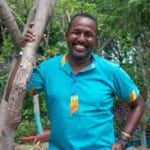 Daniel Tillias is a community development agent with over 20 years of experience. He is a social entrepreneur and a visionary behind several sustainable initiatives all over Haiti including, ALAVET AYITI, FATRAKA, and Generation Leader 2030, and was most recently awarded the 2019 CNN Hero award.

Daniel’s focuses much of his work on the neighborhood of Cite Soleil, the largest underserved community in Haiti, as well as many other underdeveloped communities. In 2006, he co-founded the largest Community Center in Cite Soleil known as SAKALA (Community Center for Peaceful Alternatives) which is now home to the largest urban garden in Haiti. SAKALA and has been awarded several innovation prizes from all over the world, including Austria, USA, and Haiti.

Daniel received his master’s degree in peace building and community development and has had fellowships in Leadership and Management with Gather Institute of Chicago, a management fellowship with Columbia University through 92Y, and has studied Advance Management with INCAE Costa Rica. Daniel works as a consultant for many churches in Haiti and some of the largest NGOs in the world. He is also a writer and author, with recent publications including a book of poems “Cry for Hope,” and an autobiography, “I Can fly” which details his experience growing up in Cite Soleil and his vision for a better, greener community. Daniel has been everywhere in Haiti, listening and learning about what works, what does not, and why. For him, opportunity and alternatives are key words for development in Haiti and he believes green Jobs and education through an integrated involvement of the Haitian diaspora will make Haiti the better place that it deserves to be.