You may have read that SOIL is excited to launch our EkoLakay service in Port-au-Prince in the coming weeks, and if you’ve been a fan of SOIL for a while, you know that this has been a long time coming! But if you’re new around here, you may not know what all the fuss is about! Here’s the rundown on a few questions you might have:

Simply put, EkoLakay is the social business model that SOIL is piloting to develop an ecologically and economically sustainable solution to the problem of sanitation access in Haiti. The brand name EkoLakay comes from a play on the Creole abbreviation of Ecological Sanitation (EkoSan) and the word for “home” (lakay).

Why a social business?

In Haiti (as in many developing countries), there are two kinds of traditional sanitation service providers: private companies and non-profits. Private companies empty septic tanks owned and used by wealthier ranks of society, but septic technology is water-intensive, often results in pathogenic and nutrient-intensive human waste flooding into poorer neighborhoods and vulnerable aquatic ecosystems, and is not a viable option financially for the majority of the population. Non-profit sanitation service providers, often as a component of international humanitarian projects, seek to provide viable options for the rest of the population, but these efforts often fail when donor interest inevitably wanes. The developing world is littered with well-intentioned projects that are abandoned without having created any kind of meaningful or lasting change. A social business model opens up a third way between unsustainable, foreign-funded humanitarian projects on the one hand, and expensive, exclusive, and environmentally-hazardous businesses on the other. 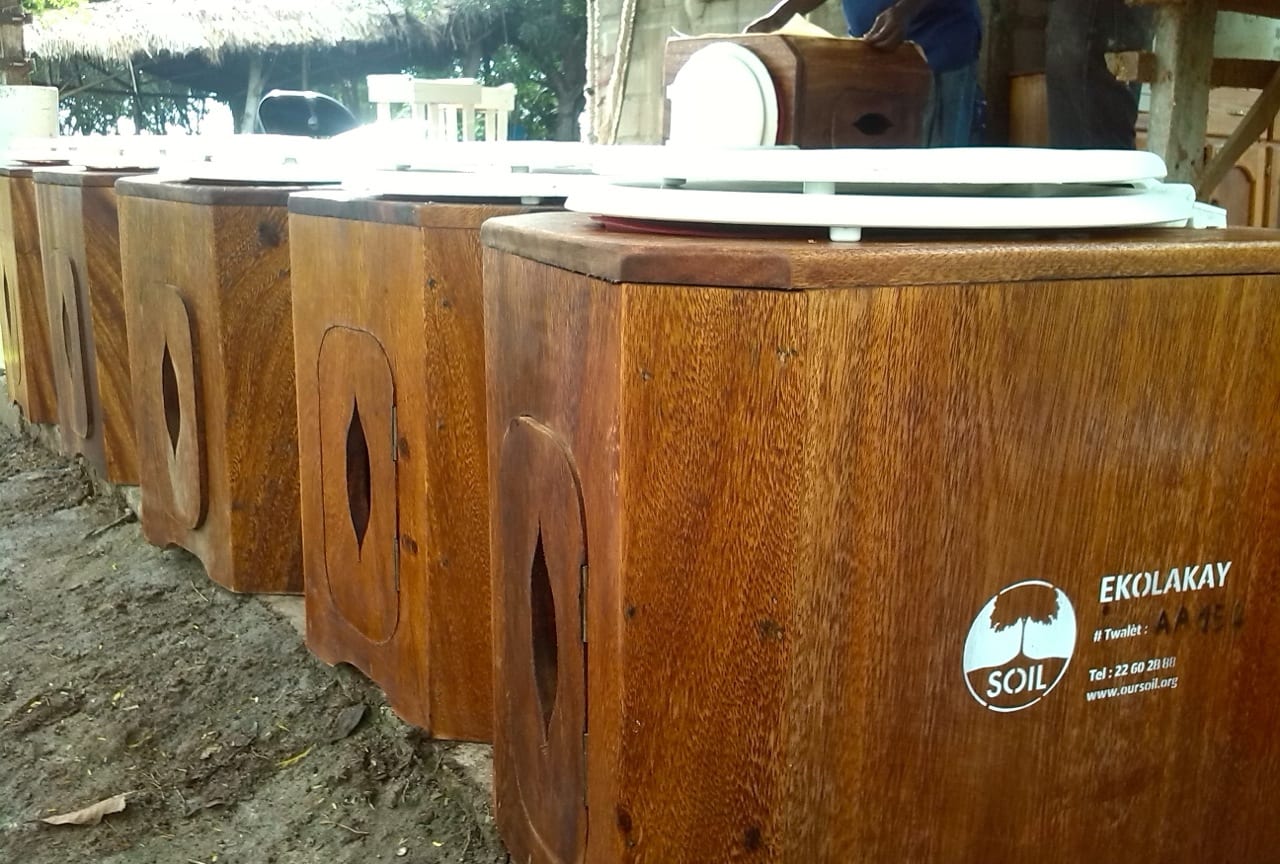 Ok, so how does the EkoLakay business work?

Wait, hasn’t SOIL already being doing this for a while?

We’re glad you’ve been paying attention! Yes! SOIL first began piloting a household toilet social business model in 2012 in the Shada II neighborhood of Cap-Haitien, and now serves about 300 families in the area.

So what’s new about SOIL’s project in Port-au-Prince?

We’ve learned many valuable (if hard!) lessons in our first two years of piloting this model, not the least of which is that it’s challenging to convince people with very limited means to start paying for a service when you’ve been providing them with other free services for quite a long time. Shada II is home to some of SOIL’s free public toilets, and access to safe sanitation is particularly limited there, so it was a natural place to start our pilot. But it was also difficult to help the community members understand that the free toilets that SOIL had been providing are not ultimately a long-term solution. 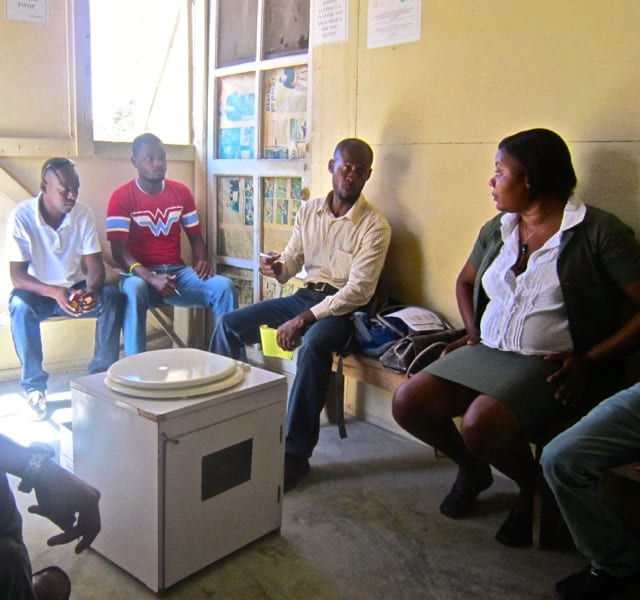 We also learned that while we want to make our model workable in the most impoverished communities, starting there can give the false impression that this is a service only for the poor, even though EcoSan toilets are desirable even where other (i.e., conventional flush) toilets are an option! Building an initial base in middle-class neighborhoods will help SOIL establish EkoLakay as an aspirational service.

The new pilot in Port-au-Prince will allow SOIL to implement these and many other lessons learned that are more easily accomplished with a fresh start, so we’re so excited to get the ball rolling in Ti Plas Kazo, a mixed-income neighborhood near the SOIL office, but one where our more traditional NGO services aren’t very well known. We also have a few employees who live in the neighborhood and are helping us build good connections there as we prepare to launch.

With the support of the American Red Cross, SOIL will build an initial base of 50 customers in Ti Plas Kazo this year, which will allow us to continue to improve upon the Cap-Haitien model and experiment with how we can make the pilot even more cost-effective and efficient before scaling it up.

Wow, this IS exciting.

We thought so, too!

A huge amount of gratitude goes out to Grand Challenges Canada for seeing the early potential of this model and supporting the scale-up in Cap-Haitian, to the American Red Cross for helping launch this new pilot, and the Swedish Postcode Lottery for supporting the continued expansion of this sanitation social business.. Also thank you to the Clinton Bush Haiti Fund, the 11th Hour Project, Konbit Sante, our research partners at Eawag and Re.Source Sanitation, and all our supporters who have helped us raise funding for building EkoLakay toilets. We couldn’t have done this without you!

If you have more questions that you didn’t see in this post, leave us a comment below! And stay tuned for updates on Facebook, Twitter, and here on the SOIL blog for more news about the EkoLakay launch in Ti Plas Kazo!