With nature as our inspiration, SOIL is developing a sanitation system that is simultaneously restoring the environment to its life-giving potential and promoting the growth of local economies by creating meaningful livelihood opportunities throughout the ecological sanitation cycle. SOIL’s work in Haiti is cultivating climate change resiliency and mitigating its further impacts on vulnerable frontline communities. 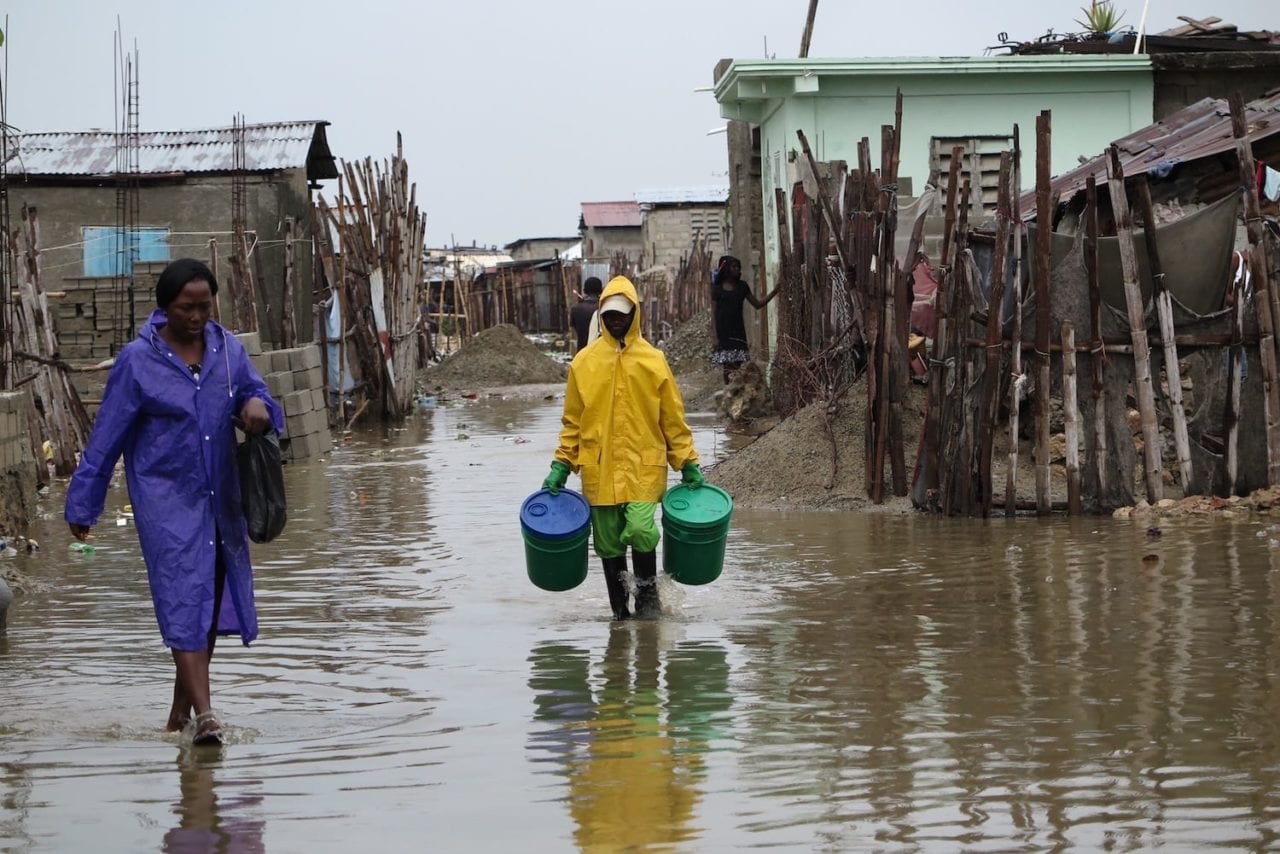 All around us our friends, colleagues, and loved ones are going about their daily lives: growing food, going to school, pulling long hours of work, and dreaming big plans for the future. And yet we all at some level carry an awareness of our immense vulnerability to the global climate changes looming over us. The communities where we work in Haiti are regularly impacted by severe flooding and we are acutely aware that as severe weather events become increasingly common our families and friends are living under ever-increasing risk. We also know firsthand the fear, destruction, and devastating loss that these events represent for those who experience them, especially those who are most vulnerable. Life in Haiti is filled with constant reminders of how challenging it is for families and the environment to recover from disasters.

Even though Haiti has a negligible direct contribution to the global climate crisis (producing 82 times fewer emissions per capita compared to the U.S.), Haiti has a huge stake in global efforts to slow climate change because the island nation bears the brunt of its effects more severely than most countries. A multitude of factors including geographic location, topographical features, the legacy of colonialism and exploitation, population density, and lack of infrastructure earned Haiti the number one spot on the 2018 Global Climate Risk Index. The Global Climate Risk Index report also found that Haiti was one of three countries most affected by weather-related losses over the previous two decades. 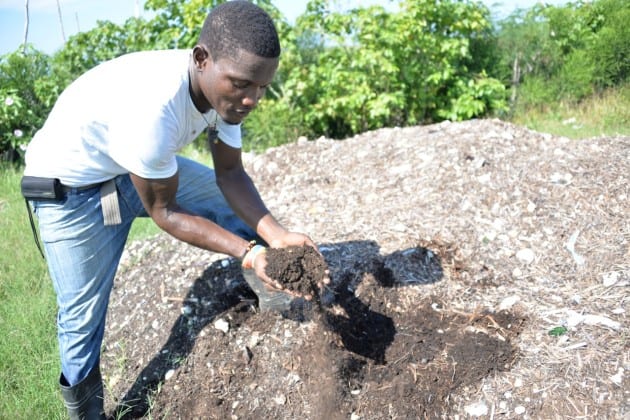 For over a decade, SOIL has been incubating climate-positive sanitation solutions in frontline communities across Haiti that have been intentionally designed to mitigate the environmental impacts of poor waste management and offer a restorative alternative to traditional sanitation practices. By harvesting the nutrients in human waste, SOIL is protecting vulnerable aquatic ecosystems and groundwater sources while simultaneously restoring soil fertility, improving the viability of reforestation efforts, helping farmers grow more food, and sequestering carbon.

Healthier soils are less vulnerable to natural disasters and climate change induced weather changes because they protect against drought and erosion. The use of compost for reforestation stabilizes soils, helping to prevent catastrophic floods and mudslides. The compost that SOIL produces (100+ metric tons annually and increasing!) further contributes to climate change mitigation by improving the soil’s ability to stabilize carbon and by increasing plant growth, thereby pulling more carbon dioxide out of the atmosphere.

Research in California has shown that application of as little as a quarter inch of compost to soils can increase net ecosystem carbon storage by 25-70% (not including the carbon applied in the compost). Compost also reduces the need for synthetic fertilizer inputs, which are the primary source of soil nitrous oxide emissions and contribute 1% of global anthropogenic methane emissions.

In addition to the environmental benefits inherent to the creation of natural soil amendments, in a world that is facing rapidly increasing water scarcity, SOIL’s ecological sanitation system also uses dramatically less water than is necessary to operate flush toilets and traditional sewer systems. Compared to a family with a flush toilet in their home, a household with a SOIL toilet uses 19,200 fewer gallons of water each year just by not flushing their waste down the drain. 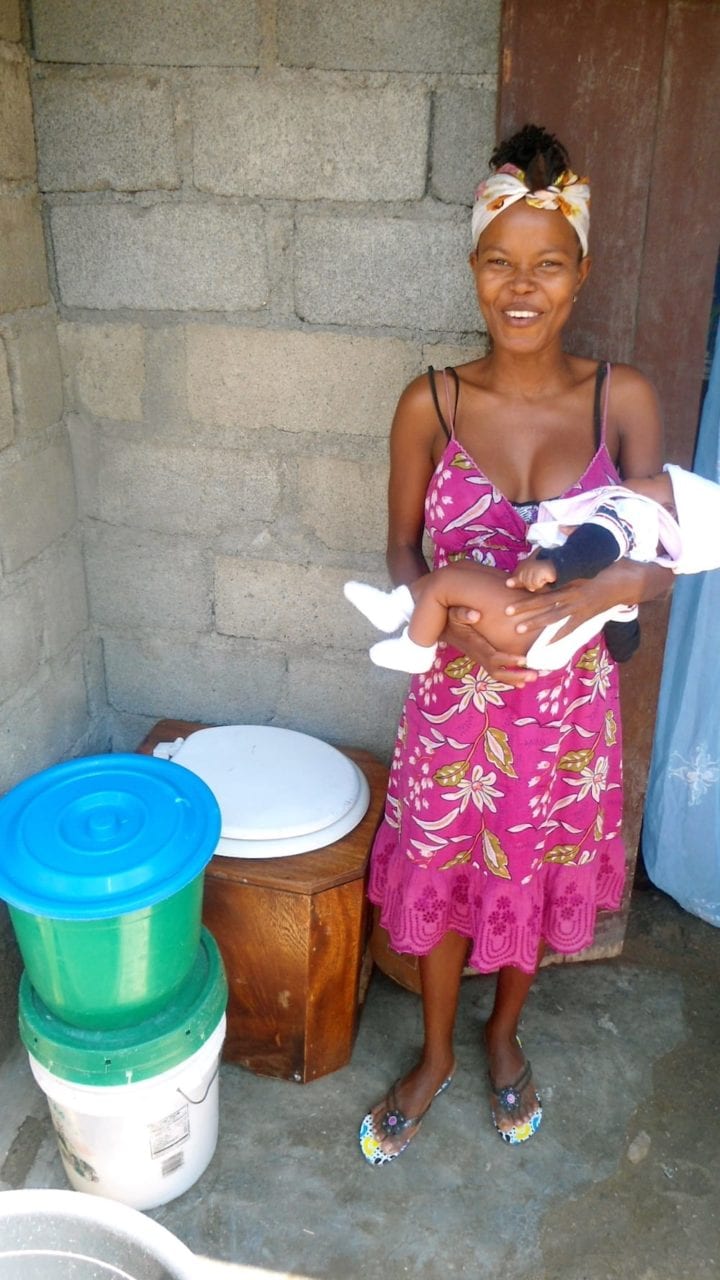 Because we know that extreme weather events will only increase in frequency and severity, we have no choice but to place risk mitigation and disaster preparedness at the heart of our work to develop safe and dignified sanitation systems. EkoLakay toilets have been intentionally designed and refined to be flood and natural disaster resilient and we’re proud to report that to date there hasn’t been a single instance of leakage or contamination during a natural disaster, as is sadly so often the case with traditional sanitation technologies.

What does this look like in practice? Ahead of the anticipated arrival of Hurricane Irma in the summer of 2017, SOIL staff worked around the clock to ensure that our operations would continue as planned and that we had contingency plans in place to respond to a disaster as needed. SOIL’s team was able to collect each and every EkoLakay container and transport them all to our composting site in Northern Haiti before nightfall. In addition to collecting containers from households, SOIL sent out a text blast to our customers advising them to cap their toilets in the event that flooding did occur and hit the pavement along the coast warning residents of the coming storm.

We are proud to play a part in Haiti’s fight against climate change, but we need your help to make a bigger impact. Help nourish our climate resiliency work in Haiti by supporting SOIL’s work with a contribution of any size today, and stay active at home by holding your elected officials accountable for climate justice. Just like sanitation, climate is global. Join us.